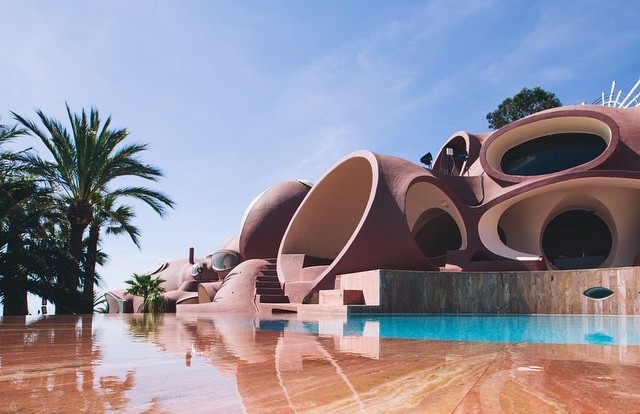 Situated between sea and sky, this surprising house by Hungarian “habitology” architect Antti Lovag has been the refuge for innovative French couturier Pierre Cardin for twenty years. A utopian project from the end of the twentieth century, the Bubble Palace is situated on the cliffs of Theoule-sur-Mer in the southeast tip of France. Despite its grand appearance, Cardin never lived in the mansion – it was only used for entertaining. 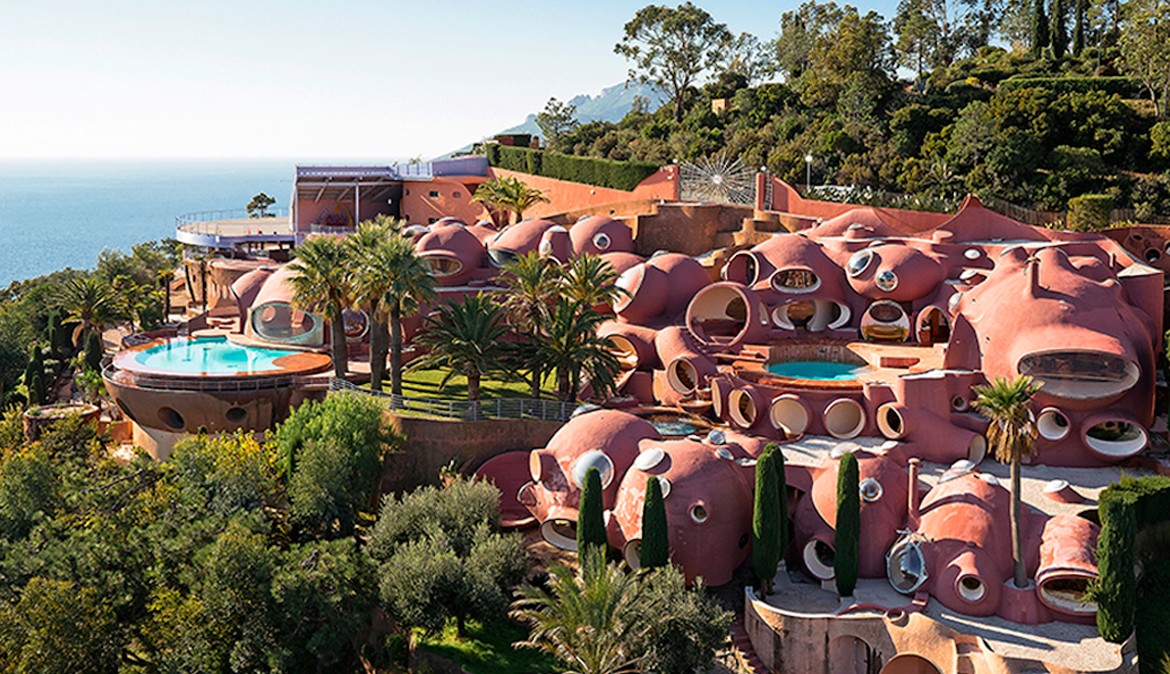 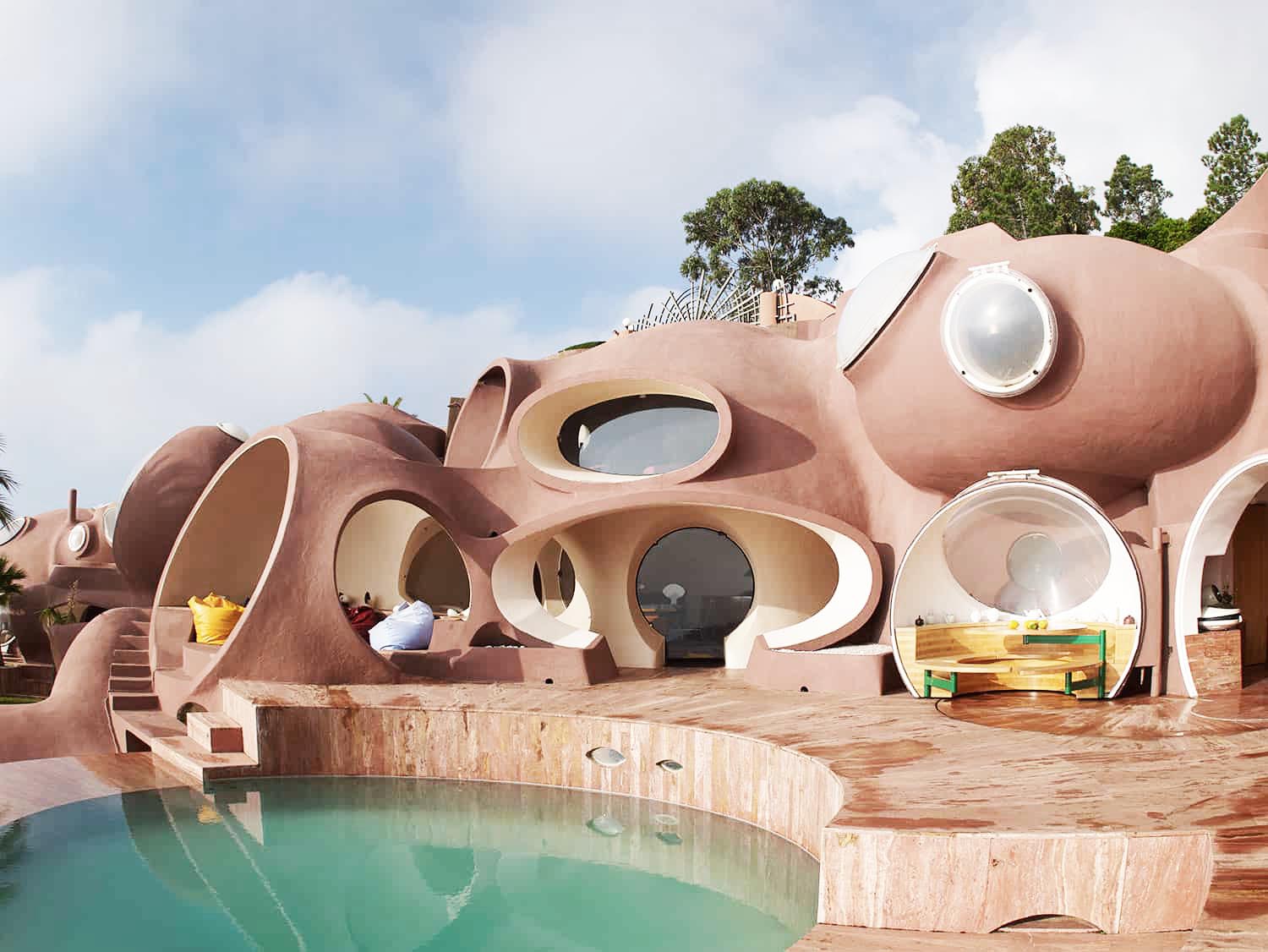 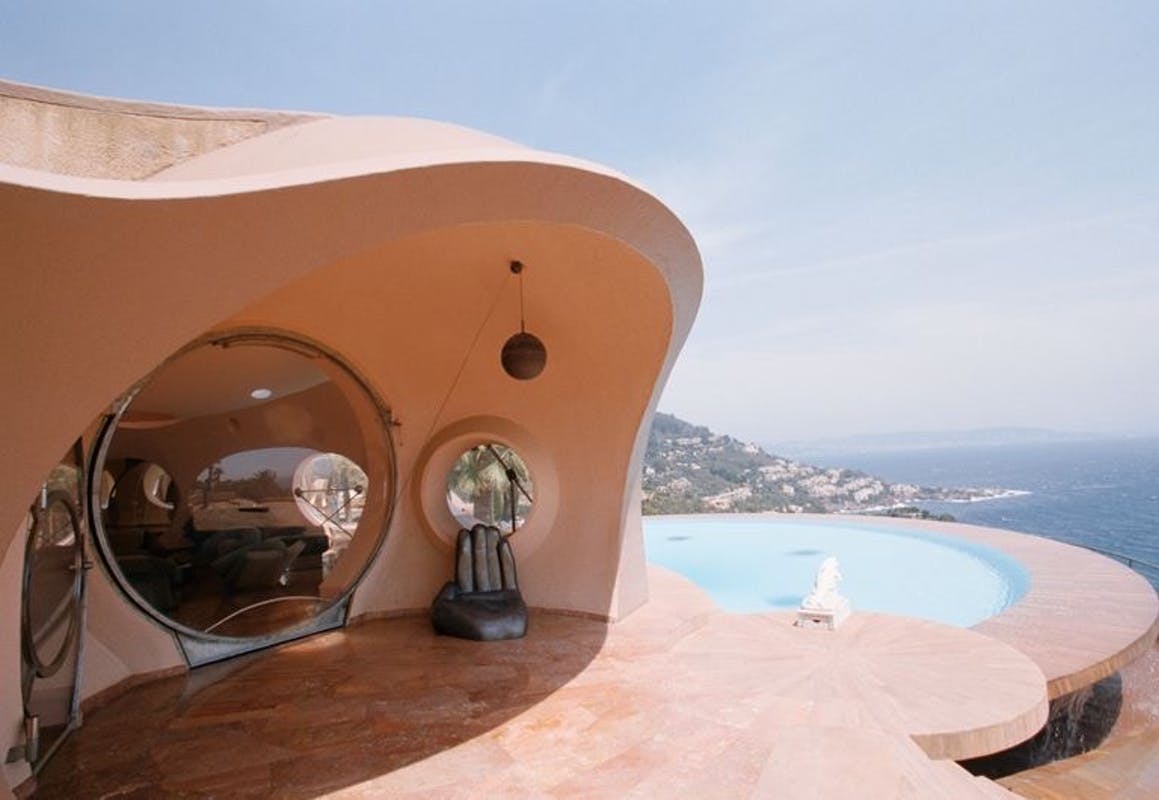 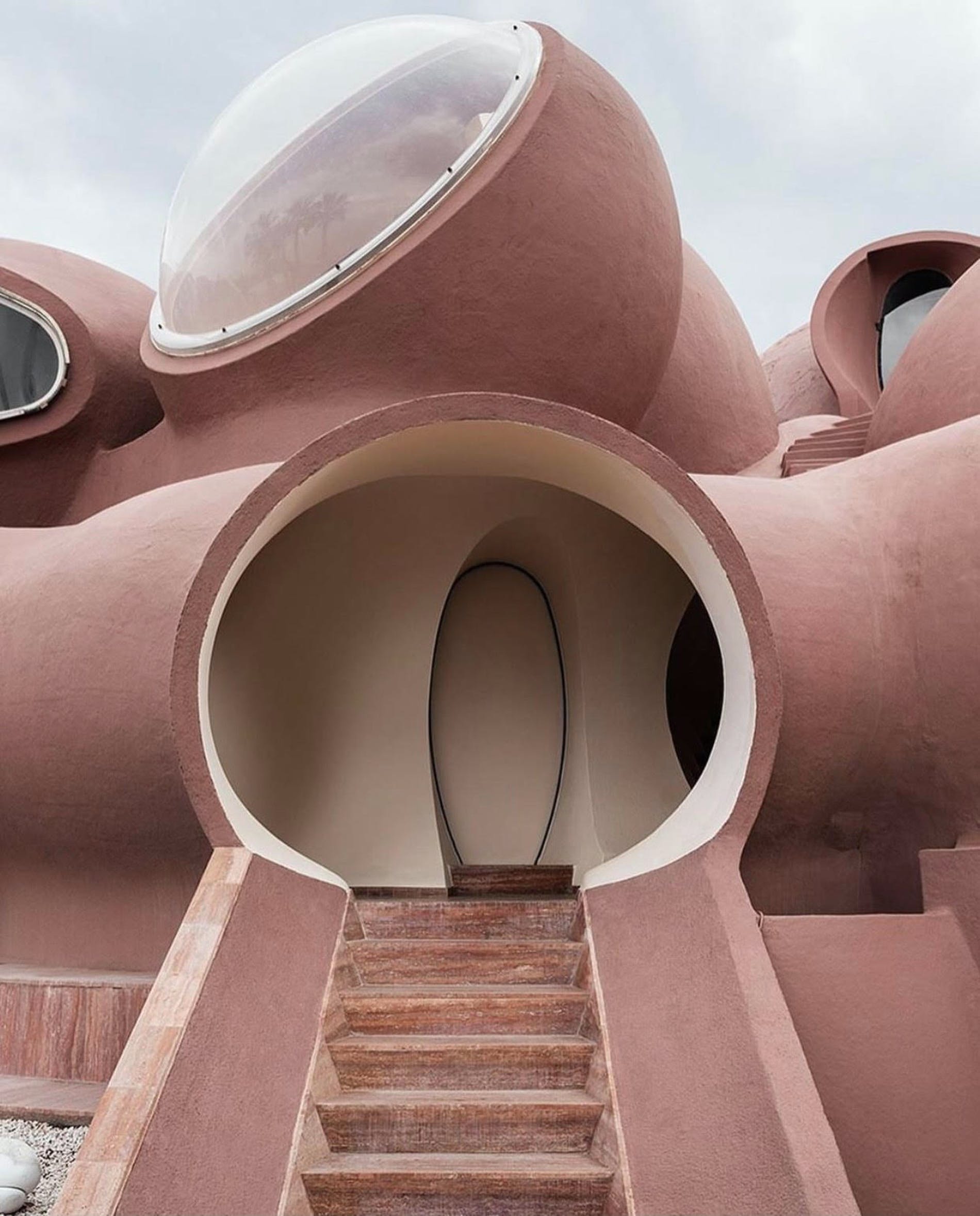 The Palais Bulles was designed by Antti Lovag for his patron, industrialist Pierre Bernard. While designing the villa, the architect sought to return to the roots of prehistoric cave homes, where angles were completely absent. Lovag believed that curves were more close to the natural environment than straight lines or angles. The final design is futuristic and retro at the same time, very much inspired by the mid-20th-century “space age” trend.

Palais Bulles is a visionary project that remains today as a strong and utopian architecture exploring the way we evolve in domestic space. – Nicolas Bellavance-Lecompte

Completed in the 1970s, the villa appears to be made of interconnecting bubbles and reminds a spaceship that has just landed, or is about to take off.

The house features ten original suites, an open-air amphitheater of 500 seats and a garden space comprising over 8,500 square meters, including a swimming pool and various smaller, flowing ponds. 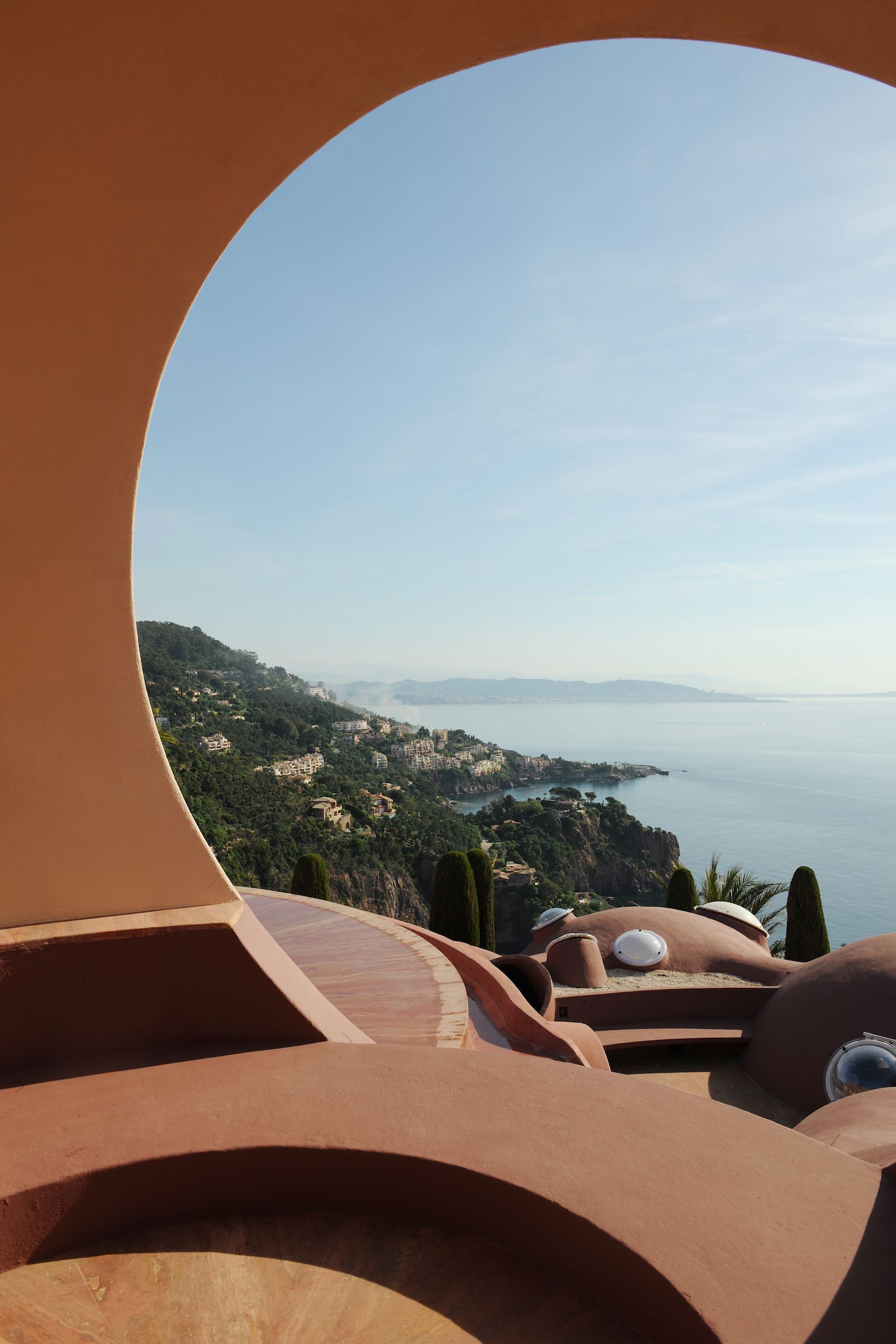 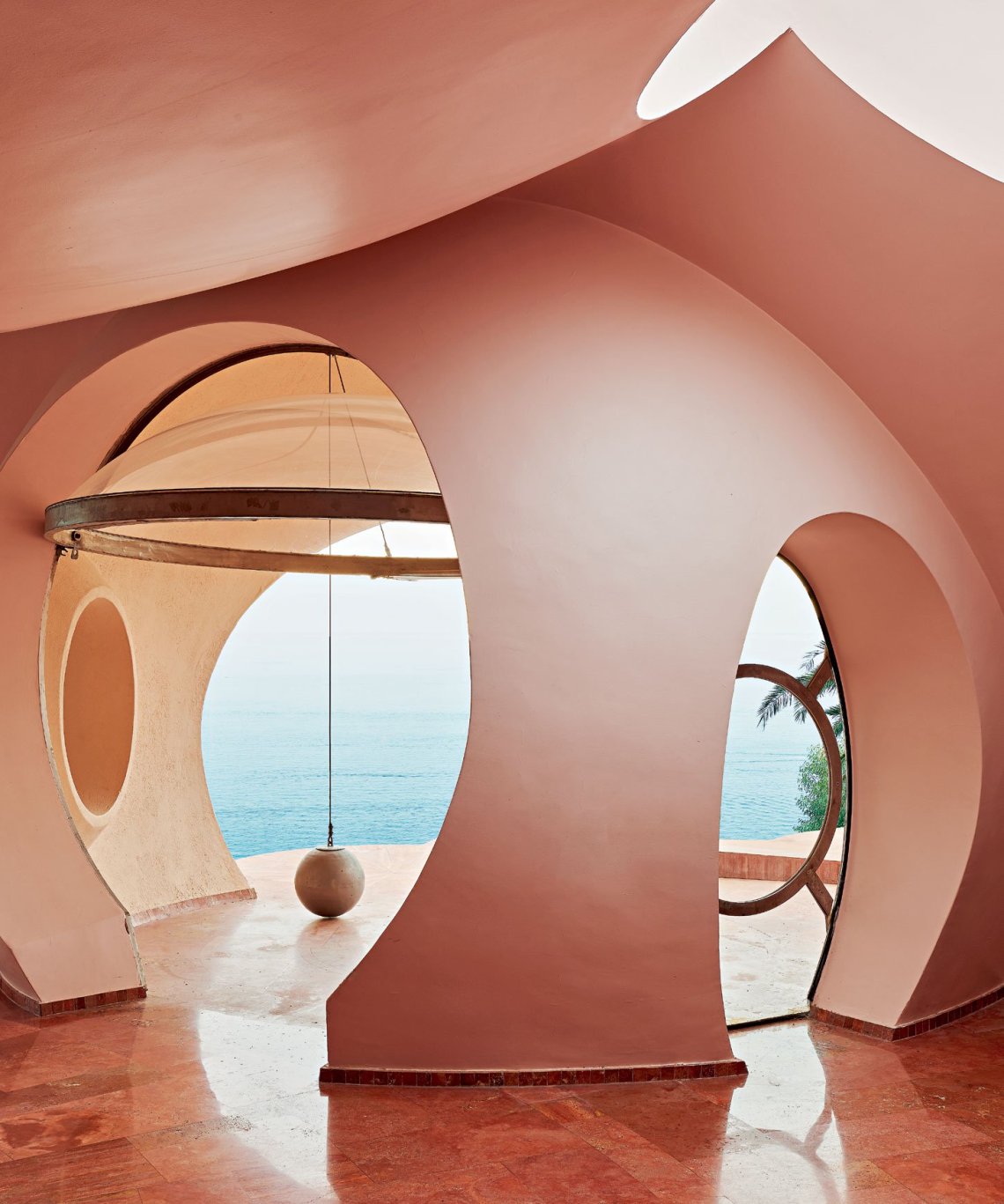 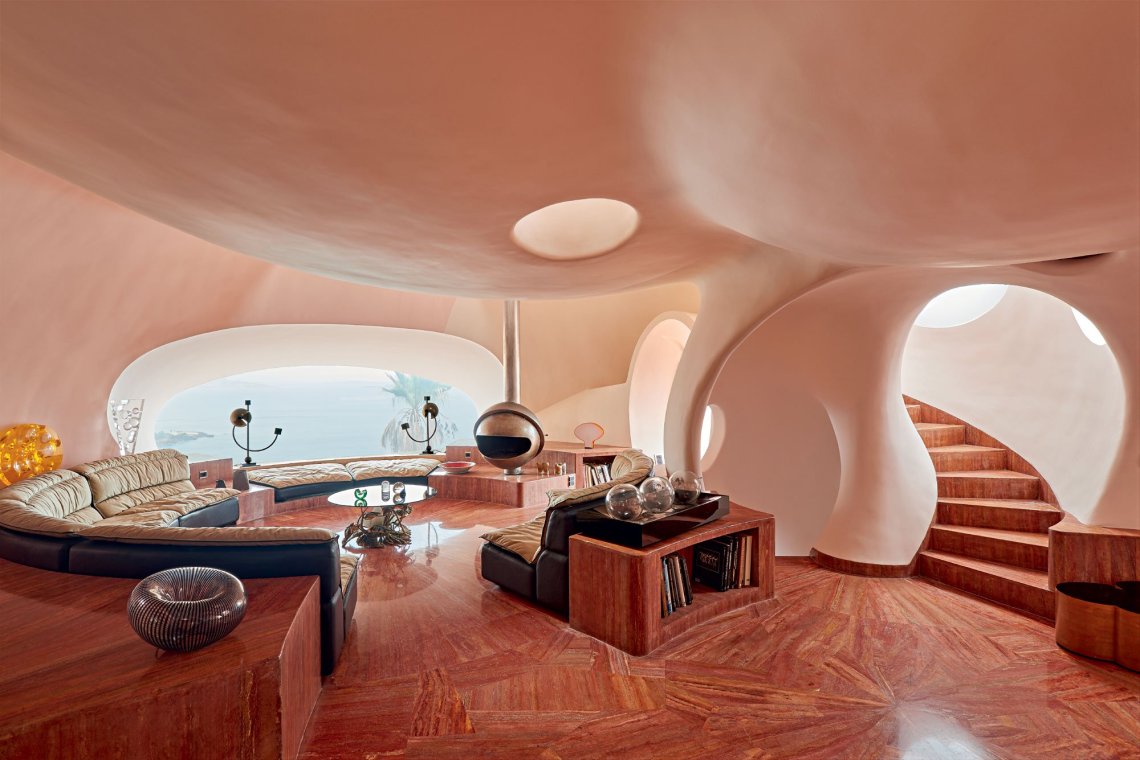 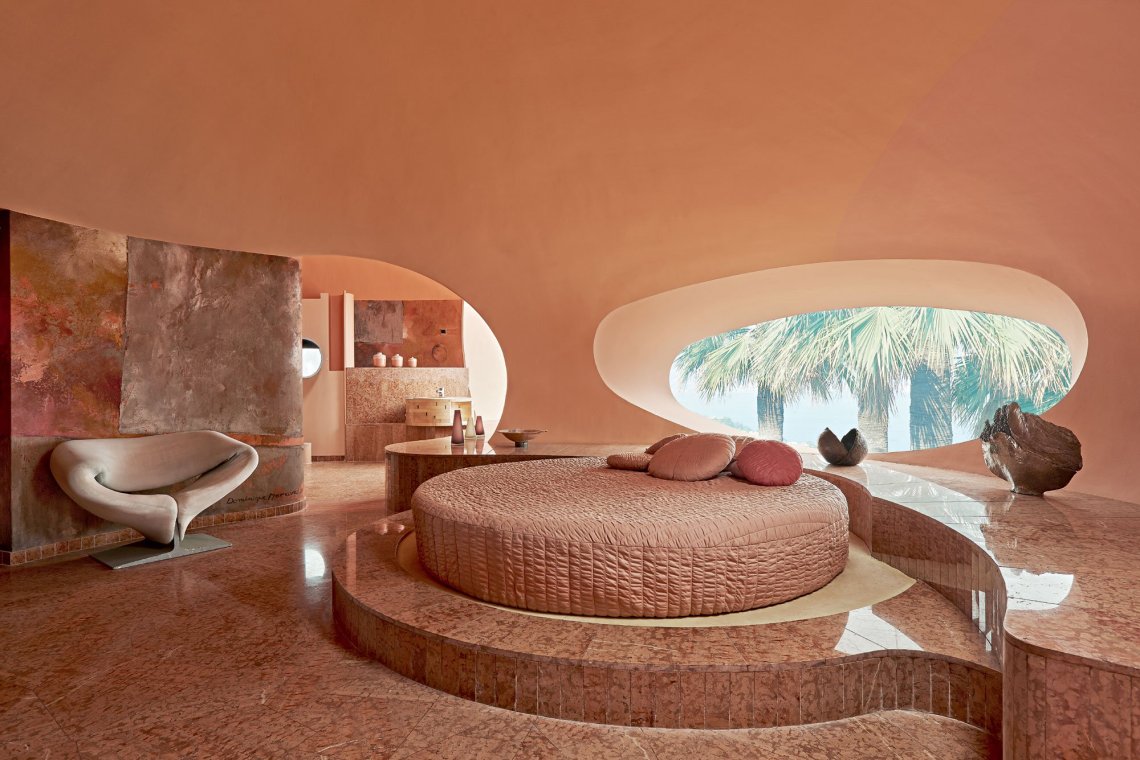 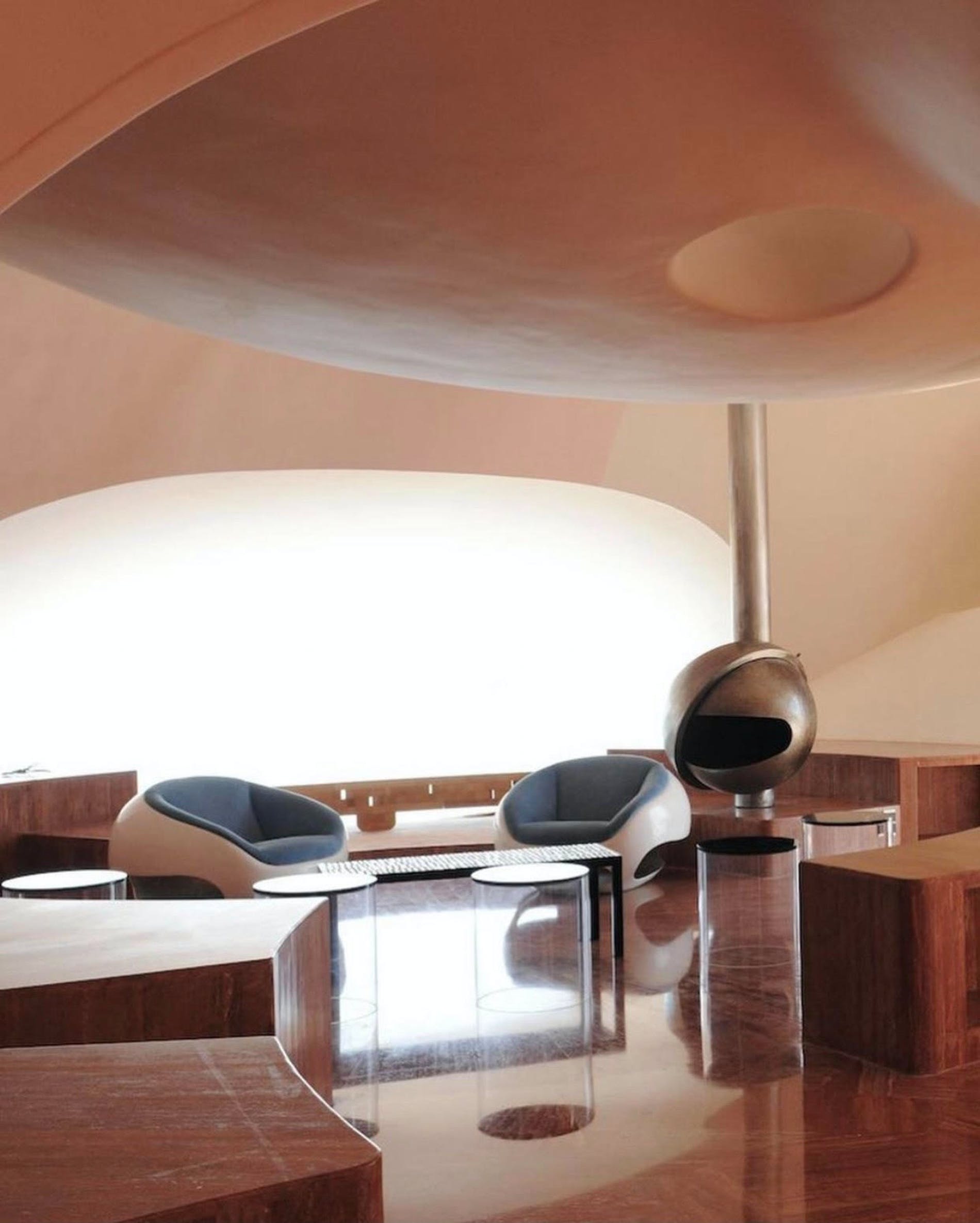 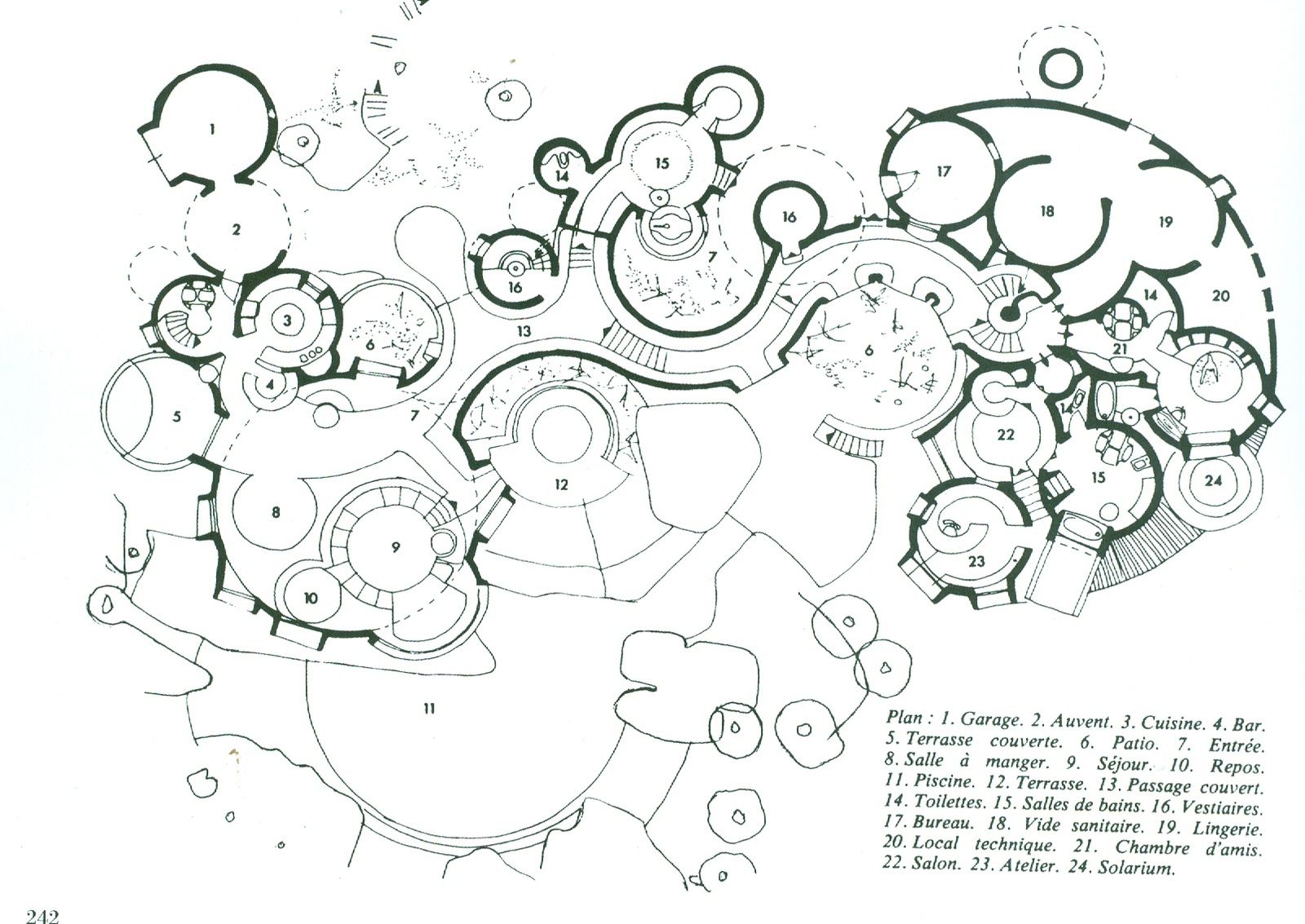 All spheres are constructed of lightweight mesh and rods, which are literally rolled around by Lovag himself. 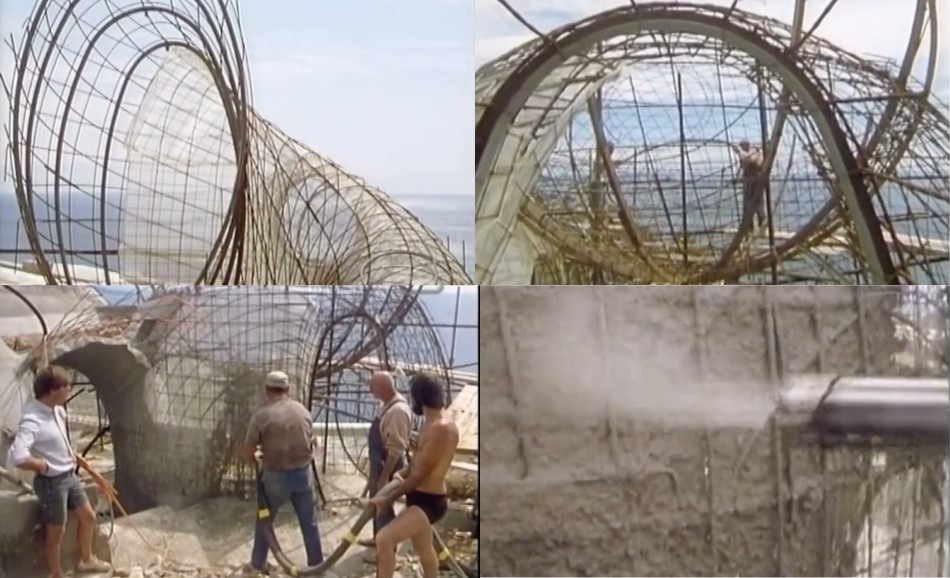