His vision for this project, which takes inspiration from the tree that served as a central meeting point in his home town of Gando – Burkina Faso – seeks to connect visitors with one another, and nature. 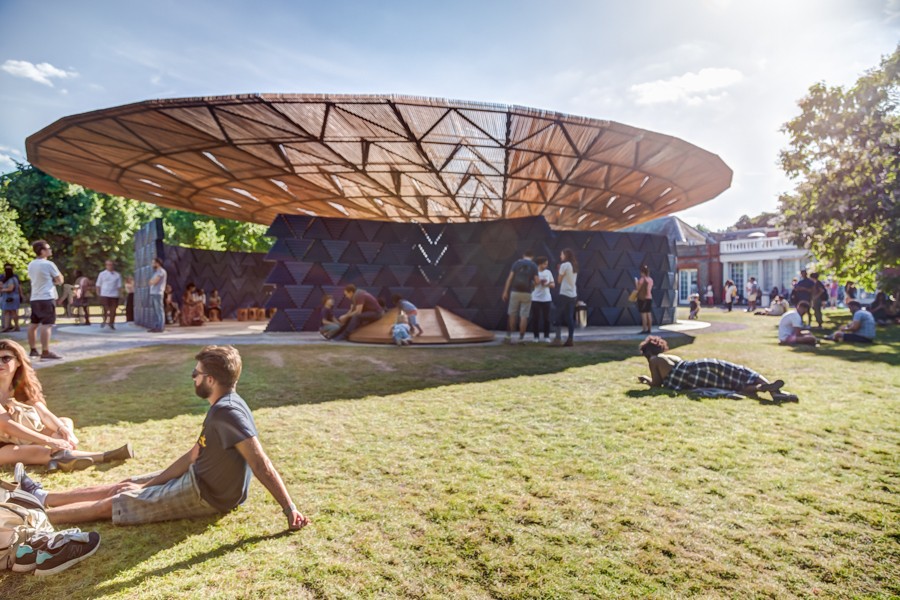 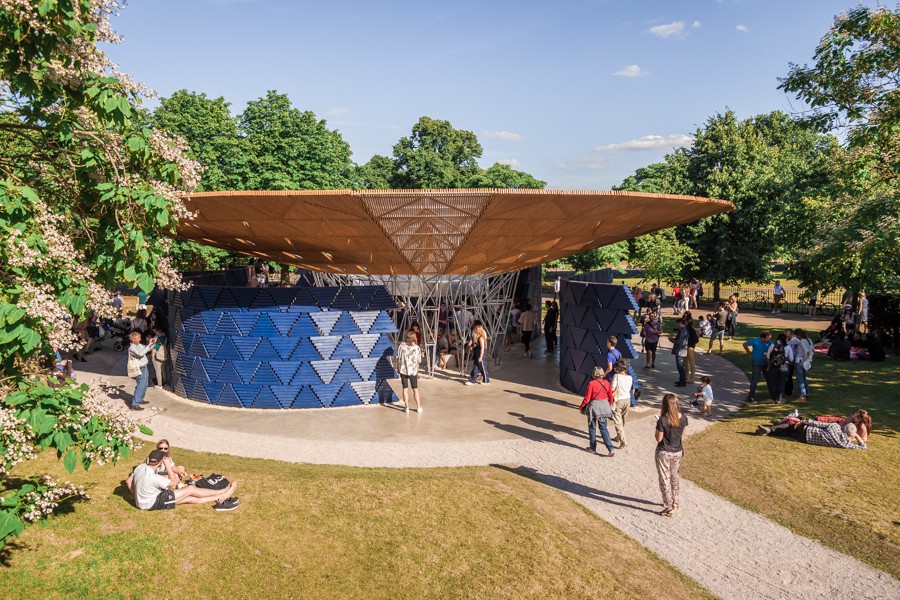 “In Burkina Faso, the tree is a place where people gather together, where everyday activities play out under the shade of its branches […] I was inspired by the big tree in my native village of Gando,” says Kéré, who opened his practice in Berlin in 2005. “The community always gathers in its shade. I wanted to create a place that would encourage people to come together, with spaces where you feel enclosed and protected, or choose to look out to the park.” 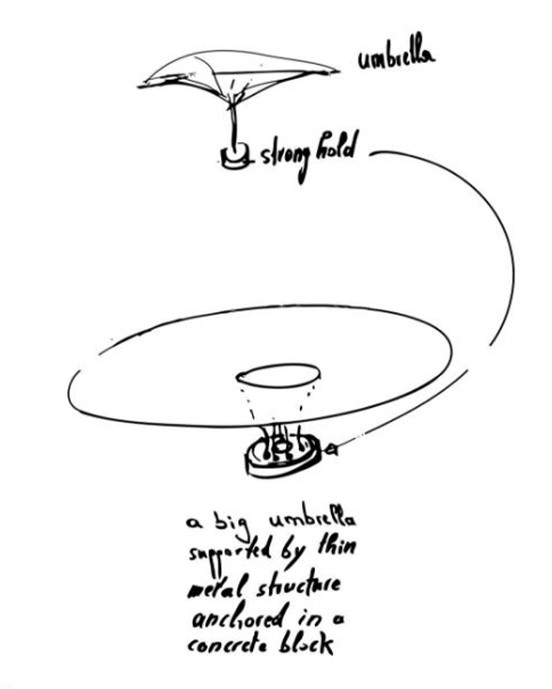 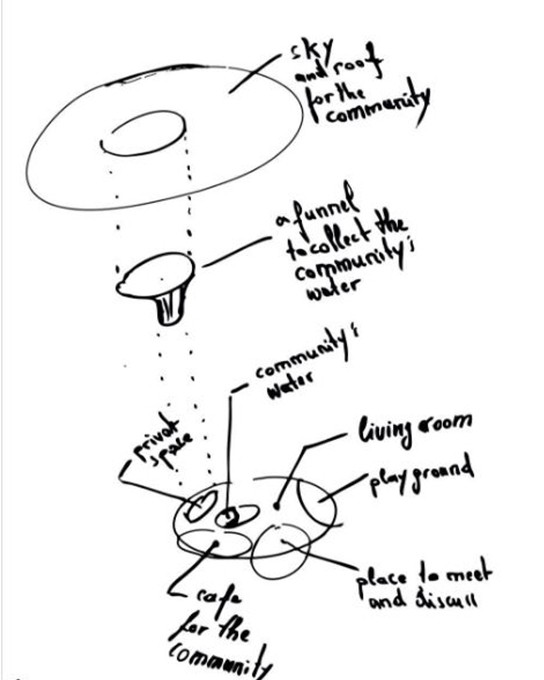 “As an architect, it is an honour to work in such a grand park, especially knowing the long history of how the gardens evolved and changed into what we see today. Every path and tree, and even the Serpentine lake, were all carefully designed. I am fascinated by how this artificial landscape offered a new way for people in the city to experience nature. In Burkina Faso, I am accustomed to being confronted with climate and natural landscape as a harsh reality”

The “tree” is made of steel, wood, and a deep blue skin, which will provide shelter while letting in sunlight and producing dynamic textures. A layered canopy of timber, supported by a central steel framework, mimics a tree’s canopy, allowing air to circulate freely while offering shelter against London rain and summer heat. 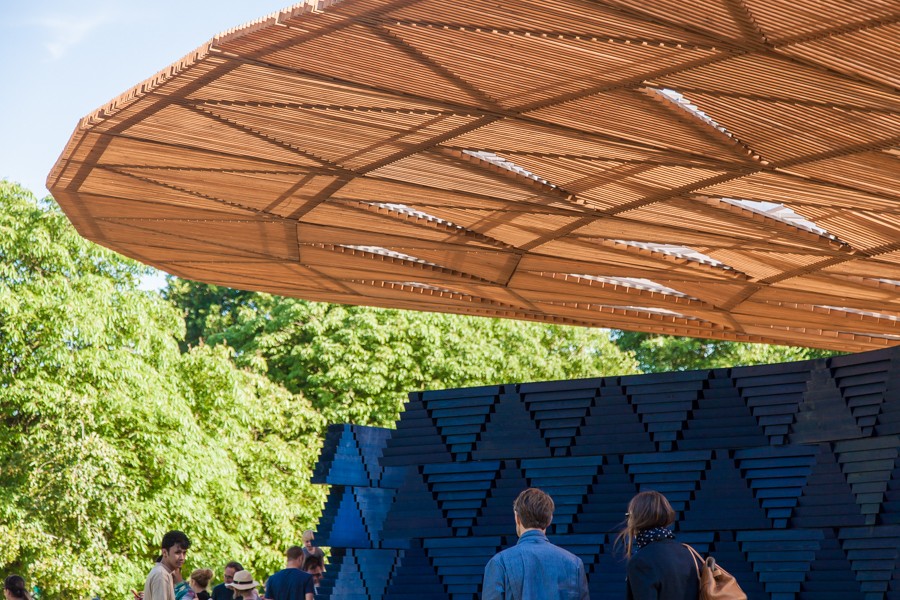 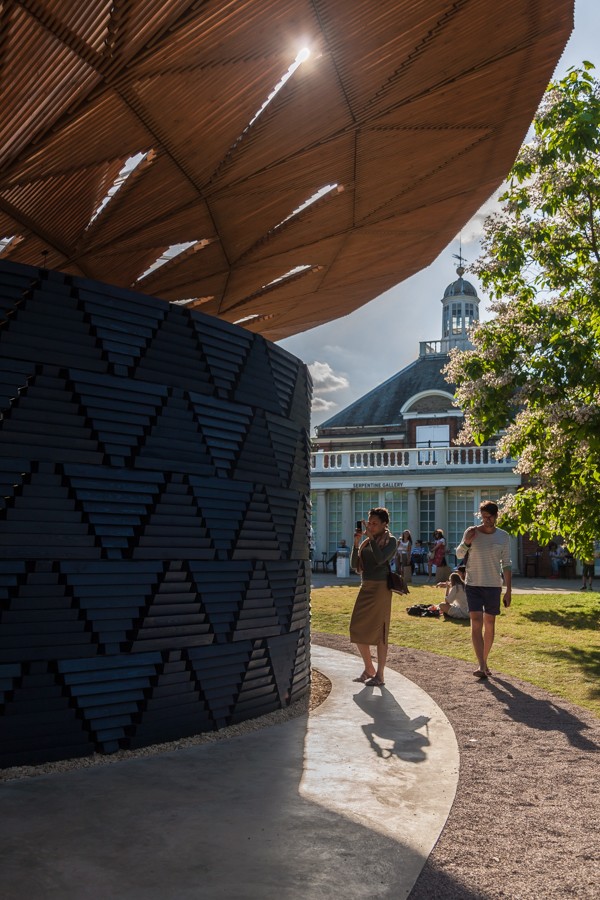 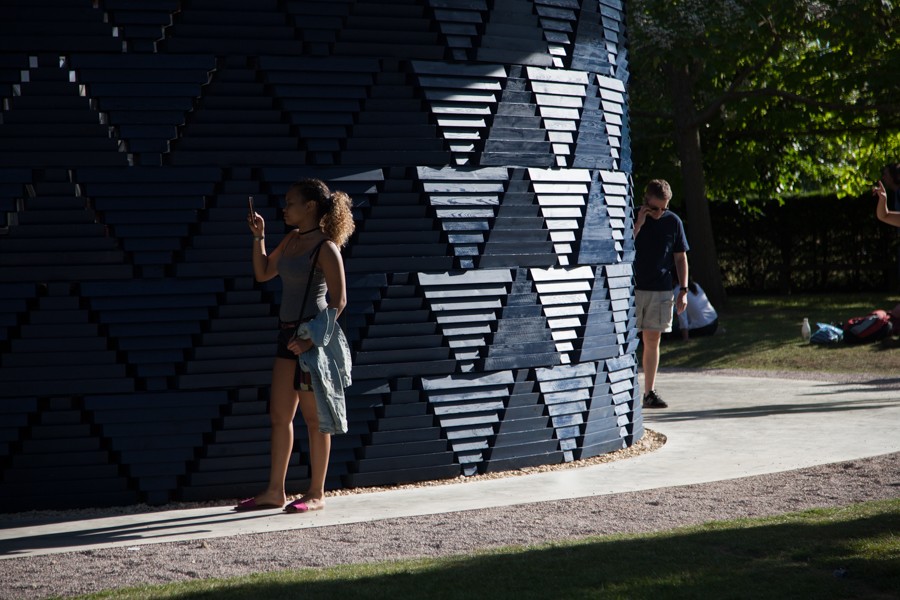 Francis Kéré is a German-trained architect from the small West African town of Gando in Burkina Faso. As the first son of the head of his village, his father allowed his son to attend school even though many villagers considered conventional western education to be a waste of time. He was eventually awarded a scholarship to apprentice in Germany, where he went on to earn a university degree in architecture and engineering. Parallel to his studies, he founded the Kéré Foundation (formerly Schulbausteine für Gando e.V.) to fund the construction of the Gando Primary School which earned the prestigious Aga Khan Award in 2001. Kéré continues to reinvest knowledge back into Burkina Faso and sites across four different continents. He has developed innovative construction strategies that combine traditional materials and building techniques with modern engineering methods. Since founding Kéré Architecture in 2005, his work has earned numerous prestigious awards such as the Global Award for Sustainable Architecture, BSI Swiss Architectural Award, Marcus Prize, Global Holcim Gold Award, and Schelling Architecture Award.

Kéré was granted the honor of chartered membership of the Royal Institute of British Architects (RIBA) in 2009, and honorary fellowship of the American Institute of Architects (FAIA) in 2012. He has held professorships at the Harvard Graduate School of Design and the Swiss Accademia di Architettura di Mendrisio.