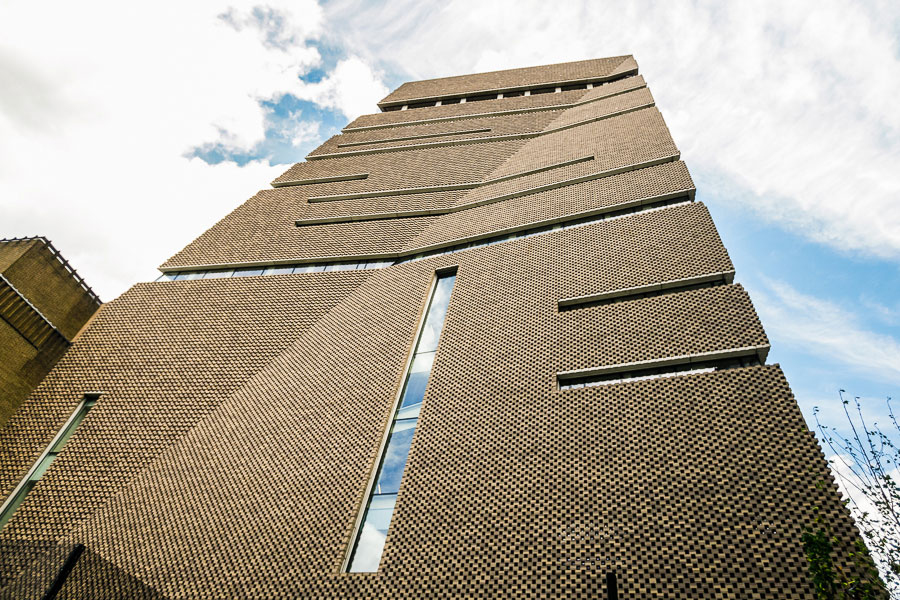 Now, 16 years later, the Tate Modern has grown. In June 2016, one of the world’s most-visited museums has opened its new expansion to the public. Designed by Herzog & de Meuron, the extension – named Switch House – adds 60 percent more display space for the museum. It will also contain additional galleries to display video, live performance and installation art. 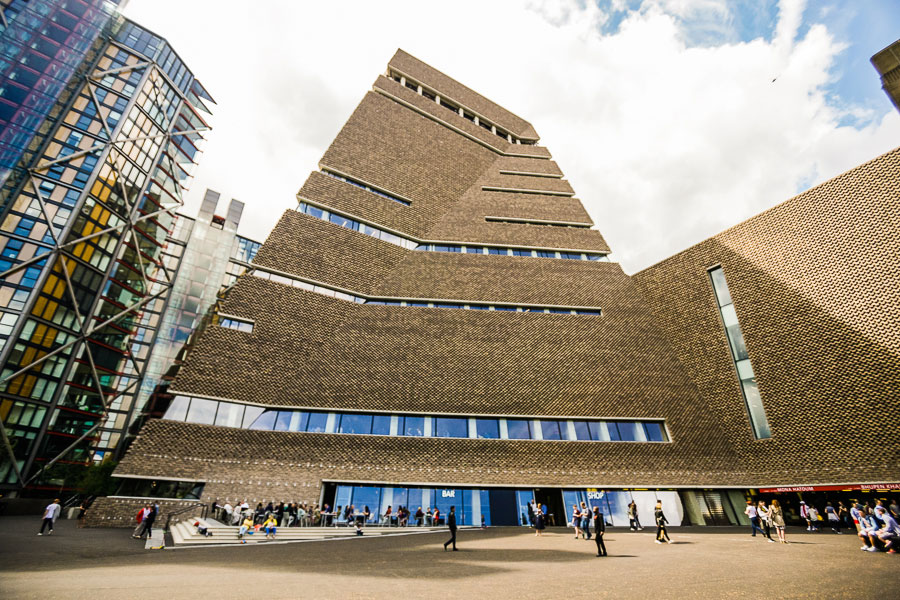 The façade of the Switch House reinterprets the power station’s brickwork using 336,000 lattice bricks, the particular laying pattern of the bricks allows natural light inside the areas of the building during the day and let the interior lights shine through the façade when the sun goes down. The architects say:

“Using the same base palette of bricks and brickwork in a radical new way, we created a perforated brick screen through which light filters in the day and through which the building will glow at night.”

The interior of the new building features raw concrete folded into dramatic angles and wood, minimal furniture. It also features a rooftop terrace that allows beautiful views of London.

All the pictures are copyright by AXT